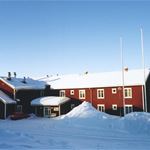 Distance: 21 km
If you want to stay comfortably and next door to the slopes and lifts, Hemavan’s Högfjällshotell is the perfect choice for you. The hotel i open during winterseason.
Book 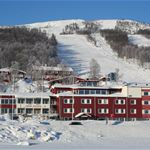 Distance: 33.4 km
We are a small and welcoming hotel with all the activities right outside the door. We have comfortable and functional hotel rooms, a restaurant with price winning food, conference room, apartments, hostel and a sauna with panoramic view. The skilift is 50 meters away and you can ski all the way to the door. Close to hiking tracks, lake for fishing or canoing in summer and snowmobile and cross country skiing in the winter- perfect location.
Book
Build: 23/11/2020 18:15:40, Host: online3core18, DB: o3.cbguide-7541.cbischannel-20898.v1 online3data04.db.citybreak.com:8080, Controller: Todo, Action: showdetails